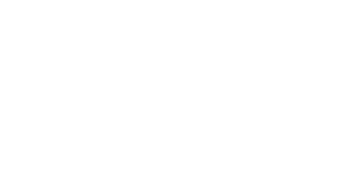 Post Brothers Apartments was founded in 2006 by Matthew and Michael Pestronk to exclusively focus on creating and operating infill, class-A, “best-in-class” Philadelphia apartment buildings at a superior cost basis.

About
Post Brothers
Post Brothers Apartments was founded in 2007 by Matthew and Michael Pestronk to exclusively focus on creating and operating infill, class-A, “best-in-class” Philadelphia apartment buildings at a superior cost basis.
History

Post Brothers is a nationally-recognized leader in development, innovation, and sustainability. Since the company’s founding in Philadelphia in 2006 it has developed more than 30 properties, 8,000 apartments and 700,000 sf of complimentary office and retail space, which have all thrived due to a common theme: making a level of upscale state-of-the-art living accessible at a price point which it was not previously available.

By being vertically integrated with over 200 employees providing deep in-house expertise in design, construction, leasing, and management the company is able to maintain a singular focus on product quality, creating homes that bear the collective wisdom of our enterprise. The company’s employee ownership structure ensures execution by those who care deeply about making superlative properties and effectuating exceptional experiences for our residents.
Post Brothers
Team
Michael
Pestronk

CEO
As CEO, Michael Pestronk heads all property development and operational activities of the company. Post Brothers was founded in 2006, and since that time Michael has focused exclusively on creating a best-in-class enterprise, having developed or acquired 30 properties featuring approximately 8,000 Class-A apartments that are operating, under development or disposed plus, 700K SF of office and retail space, with total equity raised of over $500 million and total capitalized cost in excess of $4 billion. Michael has over 14 years of experience in the multifamily real estate industry, having previously worked for NWJ Companies and Historic Landmarks for Living, as well as being a principal of Iron Stone Real Estate Group, where he was collectively responsible for the repositioning, operations and capitalization of over $300 million of real estate. During this time his responsibilities encompassed all aspects of apartment ownership including acquisitions, financing, development, construction, management, and leasing. Michael is a recognized leader in environmental sustainability, leading Post to be Philadelphia's largest voluntary offsetter of carbon emissions since 2011.
Read More
Matthew
Pestronk

President
Matthew Pestronk is co-founder of Post Brothers, a real estate investment, development and management company with singular and unique expertise in urban real estate development. Matthew serves as President of the company, engaged in the sponsorship of 30 Class-A multifamily, mixed-use and retail development projects comprised of over 8,000 units that are operating, under development or disposed plus, over 700K sf of office and retail space, with a total capitalized cost in excess of $4 billion. Matthew shares strategic leadership of the company with his brother, Michael, and is engaged in asset management, financing, and project and capital formation. Matthew has worked in real estate capital transactions for his entire 20+-year career and was previously a real estate financing executive in New York City prior to forming Post Brothers. Matthew is also very active in his community and has board service experience for multiple charitable organizations including the Philadelphia Holocaust Remembrance Foundation, Beat the Streets Philadelphia, Children's Hospital of Philadelphia and is the Immediate past Chair of Jewish Federation Real Estate.
Read More
Jonathan
Robinson

Chief Legal Officer
Ryan McCaffrey is the General Counsel of Post Brothers. Ryan is a seasoned real estate attorney with a wealth of legal experience representing sophisticated entrepreneurial and institutional real estate clients across billions of dollars of transactions. Prior to joining Post Brothers in the summer of 2014, Ryan was a real estate and corporate attorney at Sullivan and Cromwell, and prior to that Ryan worked for Kirkland & Ellis LLP. In both roles, Ryan represented real estate private equity sponsors, investment banks, high net worth individuals, developers, real estate operating companies, and hospitality clients in all aspects of private equity real estate transactions, including acquisitions and dispositions, joint ventures, structured finance, and general corporate counseling for transactions totaling billions of dollars. In 2010, Ryan represented a client in completing a recapitalization of its portfolio of 168 limited service hotels across 33 states valued at $1.6 billion, which, at the time, became one of the largest real estate securitizations since the financial crisis of 2008. Ryan is also an adjunct professor at the University of Notre Dame Law School teaching a class on the practice of transactional law and previously served as a member of the Sullivan & Cromwell LLP’s commercial real estate training committee, where he taught various continuing education sessions on structured finance, financing ground leases, and emerging case law in the real estate market place. Prior to attending law school Ryan was the President and Co-Founder of McCaffrey Realty Professionals, a residential real estate brokerage company. He holds a J.D. from the University of Notre Dame.
Read More
Yvette
Stewart

Senior Vice President of Property Management
Yvette heads Post Brothers' property management division, overseeing over 60+ employees across the portfolio. Yvette has 20+ years of high-level property management experience with progressively increasing responsibility across multiple sectors of the multifamily management industry. Yvette has won multiple awards for property management throughout her career and brings a dynamic skill set to Post Brothers. Prior to joining Post, Yvette managed a portfolio of 12 properties in Florida and Georgia for Winn Residential. In 2002 Yvette won the MetLife Award for best affordable/market rate housing in the United States. Yvette's proven experience of maintaining high occupancy and top of the market rents give Post Brothers the confidence to take on any project in the future. Prior to joining Winn, Yvette worked with The Ingerman Group as site manager at Cricket Court Commons, a 200 unit property in Philadelphia, where she was able to reduce operating expenses and increase rents, while maintaining 99% occupancy over a 3-year period. Yvette began her career with Alan Klein Properties in 1992 where she managed a large scattered site portfolio and was able to consistently drive rents, maintain 100% occupancy and deliver outstanding resident service.
Read More
Sarina
Rose

Senior Vice President of Development
As Senior Vice President of Development, Sarina spearheads Post Brothers’ development projects and brings a wealth of experience in complex project planning, contractor negotiations, and every facet of project development. Sarina’s work on Post Brothers’ best-in-class residential portfolio includes the work on some of the most notable and largest projects in the nation. Post Brothers projects are delivering more apartment units in Eastern PA than any other city in the nation. Under Sarina’s leadership, Presidential City was transformed from an under-utilized, semi-suburban complex into the city’s largest luxury residential community, complete with a brand new, resort-style amenity center - Sora Pool Club. Other projects worth noting include The Atlantic at the Avenue of the Arts, which topped the highest rents ever achieved in Center City Philadelphia, Rittenhouse Hill Apartments and The Piazza in Northern Liberties, where Post Brothers is building over 1100 residential units in the largest private development project in Philadelphia as well at a project at Broad and Washington, which recently received roughly 600 million in financing to build out the first phase of a 1082 apartment complex with category killer amenities. Prior to joining Post Brothers, Sarina received her Bachelor’s of Architecture degree from Drexel University. She was a Project Executive for a few Architecture firms over the preceding 15 years of her career in the Philadelphia region with a focus on forensics, Code expertise, Adaptive re-use projects and Construction Heavy - Owners rep services. Sarina was recognized nationally as one of Connect Media’s Most Influential Women in Real Estate 2018, and has received the State Policy Network Helen S. Krieble an Unsung Hero for Freedom Award. Several of the Post Brothers projects she played key roles on have gained both regional and national industry recognition for their quality and economic impact and development value. Sarina is a Founding member and Chair of the ABC Philadelphia Regional Council, board chair of the Association of Builders and Contractors of Eastern PA, serves as the current Chair of the Board of Directors of the Building Industry Association of Philadelphia and is a co Chair of the Government Affairs, aka “Fix it Philly” Committee at the BIA.
Read More
Alexander
Sharpan

President - Post General Contracting
A native of the Ukraine, Alex joined Post Brothers as VP of Construction in 2011. Alex came to the United States in 2003 speaking no English and in 2005 started his own construction company, CCP Construction, specializing in historic renovations and adaptive reuse projects. CCP completed over 50 projects and at it's peak employed over 28 employees. CCP was instrumental in bringing in Post's earlier projects on time and under budget, and as such Post decided that Alex's invaluable capabilities were instrumental in our continued growth. Alex joined Post in April of 2011. Alexander began his career in 1993 as a telecommunications engineer in Ukraine and in 1996 joined Ukrtelecom, the largest telecommunications company in Ukraine as engineering project manager. Alexander was promoted to Vice President of Engineering & Construction in 2001 and as such was one of the top executives at the enterprise. Alexander graduated from the University of Kiev, Ukraine in 1992 with a Masters Degree in science, specializing in super conductors.
Read More
Show more
Investors

Post Brothers focuses on producing opportunistic returns for its Philadelphia apartment investors by employing a triple bottom line focus of economic, environmental, and social advancement. They focus on urban and suburban infill existing and adaptive reuse projects with a “build-to-core” investment thesis, and are an economic investor focused on achieving opportunistic returns via intrinsic value–driven purchases and the subsequent creation of high-quality long-term cash flows. Sustainability is a natural extension of the reuse of obsolete structures, and all of Post Brothers’ buildings, several of which are LEED-certified, employ numerous green features.